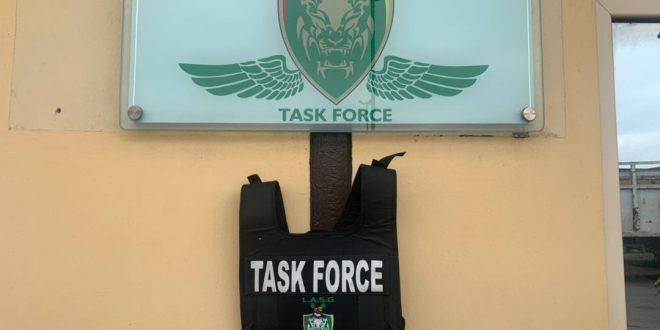 A statement signed by the Chairman of the Agency, CSP Shola Jejeloye, said that the branded Tactical Jackets have unique identification numbers to curb the fraudulent use of the Agency’s name to defraud innocent and unsuspecting members of the public of their hard-earned money.

His words: “The new branded jacket, which comes with unique numbers, became necessary for easy identification of men and officers during traffic enforcement activities. It was designed to address the growing impersonation of the Unit’s officers by impostors who drag the good name of the Agency in the mud”.

“Traffic enforcement activities are major causes of indiscipline and corruption amongst security agents. Many impersonators have taken advantage of the act to indulge in shady dealings and sharp practices”, he stated.

Noting that the Agency has received complaints about the nefarious activities of impostors, CSP Jejeloye said the introduction of rebranded jackets would also curb indiscipline among its officers.

“As an agency of the State Government that has its foundation rooted in discipline and dedication, we have made conscious efforts in ensuring that any police officer, who is found wanting in the discharge of his official duties, will be disciplined according to the tenets of the Nigeria Police Force through the State Command, while the paramilitary officers will face disciplinary actions based on rules of their engagement through the Civil Service procedures”, the Chairman declared.

Jejeloye also noted that the identifiers on Taskforce vehicles will ease the identification of high-handed officers during operations, maintaining that the initiatives are steps to entrench discipline among the Agency’s personnel.

CSP Jejeloye, therefore, enjoined members of the public to take advantage of the identification numbers to foster accountability and transparency on the field, just as he gave an assurance that officers found guilty would be appropriately sanctioned.