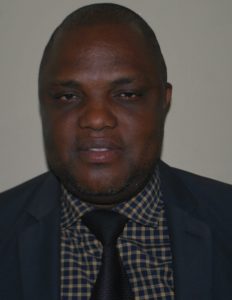 Olaide Tomisola Mufutau was born on 2nd of March, 1974. He is a Bachelor Degree holder in Economics, had a post- graduate Diploma of the Administrative Staff College of Nigeria (2009-2010) and a member of the Nigerian Institute of Training and Development.

He commenced his Public Service Career in October, 2001as an Inspector of Taxes, a career which transversed various Ministries, Departments and Agencies which include; Board of Internal Revenue  (2001-2007); Teachers Establishments and Pensions Office (2008-2010), Ministry of Waterfront and Infrastructure Development, Civil Service Pension Office where he served as Personal Assistant to the Permanent Secretary.

While in CSPO, he was involved in major pension reform initiatives as well as the coordinator of the verification exercise for retired Heads of Service and Permanent Secretaries.

He also served as Personal Assistant to Permanent Secretary in the Local Government Establishments, Training & Pensions Office, Ministry of Women Affairs and Poverty Alleviation as well as the Ministry of Energy and Mineral Resources.

Until his deployment to the Lagos State Environmental Sanitation and Special Offences (Enforcement) Unit (Task Force), he was the Personal Assistant to the Head of Service between Nov. 2017 and December 2018.

Mr. Olaide has attended numerous Local and International courses in Human Resources Management which has prepared him for the task of the Administrative Secretary of the Agency.